The Ramadan Challenge is back for a second year!

Last year was incredible for me, I discovered so many talented writers hailing from North Africa. So I figured why not do it a second time, right? Last year, I was very optimistic and  challenge myself to read 7 books for the whole month. This year, I will be less aggressive and just put 3 books. As always, You can expect my reading report on the last day of the month. Ramadan has already started since June 30th 2013 in my area.

I realized some of the readers might not be familiar with the concept of Ramadan. So here is a little overview:

Ramadan  is the ninth month of the Islamic calendar;Muslims worldwide observe this as a month of fasting. This annual observance is regarded as one of the Five Pillars of Islam.The month lasts 29–30 days based on the visual sightings of the crescent moon, according to numerous biographical accounts compiled in hadiths. The word Ramadan comes from the Arabic root ramida or ar-ramad, which means scorching heat or dryness.Fasting is fardh (obligatory) for adult Muslims, except those who are ill, travelling, pregnant, diabetic or going through menstrual bleeding.

Disclaimer: These facts were found around the web, I can’t guarantee their veracity at 100%. As you are well aware, a lot of facts related to Islam in Africa are contested. Also,  some people have a tendency to exaggerate numbers and facts.

Genre allowed : fiction only (It’s Ramadan guys, not the best time of the year to think)

Francophone & Anglophone authors/books  will be mixed. No Arabic, unfortunately my arabic is not that strong!

Technically, Sudan is not part of North Africa but I will included it in my universe of authors from  Northern Africa. Because of the cultural ties  ( I am obviously referring to the northern part of Sudan) and the languages they share with the North.

The same reasoning applied to Mauritania. This country is rarely included in North Africa. But hey, this my blog, right?

About Morocco, I have decided not to separate Western Sahara. I support the struggle but I have to think of myself first. So Morocco and Western Sahara will count as one country ( I apologize if I hurt the sensibility of some persons, it is not my intention)

To put things in context, here is a map of Northern Africa 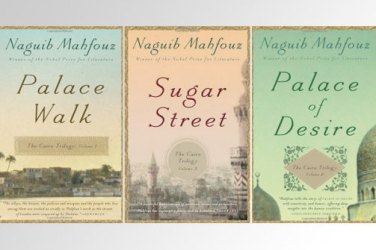 I have already read the first book of the trilogy last Ramadan, I hope to complete the last two of the series this Ramadan.

You want to participate or read along ,please feel free to join me!

I am starting with Egypt this week !